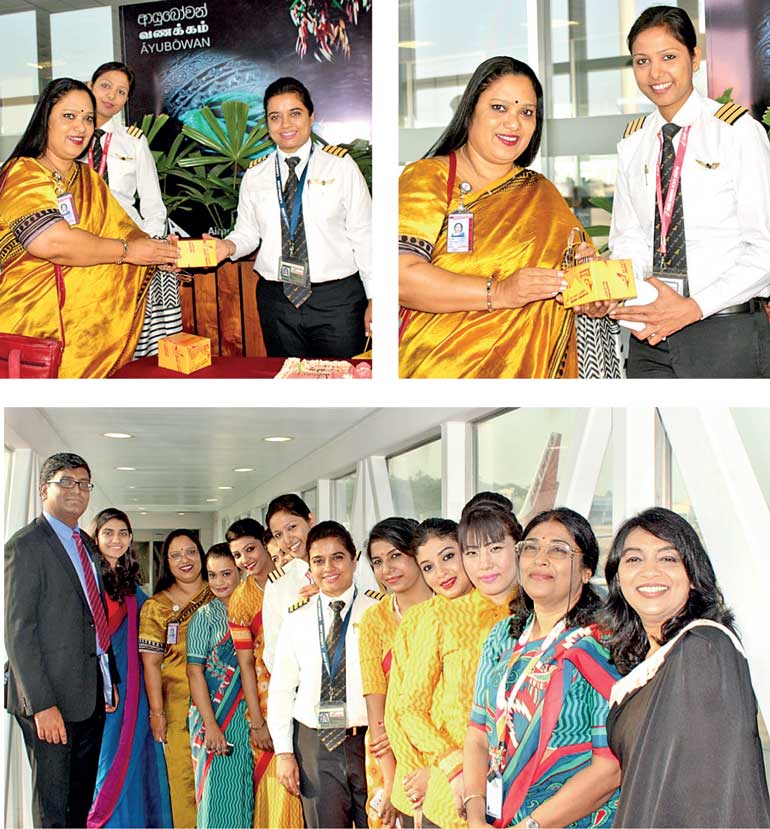 To mark the occasion of International Women’s Day, Air India, the iconic airline of India, operated an all-woman crew flight to Sri Lanka yesterday from Chennai to Colombo and then from Colombo to New Delhi. The flight was piloted by Captain V. Roopa and Captain Nimisha Goel, accompanied by cabin crew Ria, Zena, Ritika, Tianaro and Haritha.

L. Ramesh Babu and Neha Singh from the High Commission of India welcomed the crew members at a ceremony held at Bandaranaike International Airport. They said they appreciated the initiative of Air India. This is a unique gesture in South Asia involving Sri Lanka.

The key achievements of Air India include operating the first round-the-world trip entirely staffed by women in 2017. The aircraft B 777 flew from Delhi to San Francisco on the Pacific route and then San Francisco to Delhi on the Atlantic route. In 1990 Nivedita Bhashan became the youngest female pilot in the world of civil aviation history to command a commercial jet aircraft at the age of 26. Captain Durba Banerjee, the first Indian woman commercial pilot, also flew for the national carrier from way back in 1956. It also had Captain Saudamini Deshnukh, the female pilot and commander of the Boeing and Airbus fleet flying for Air India.