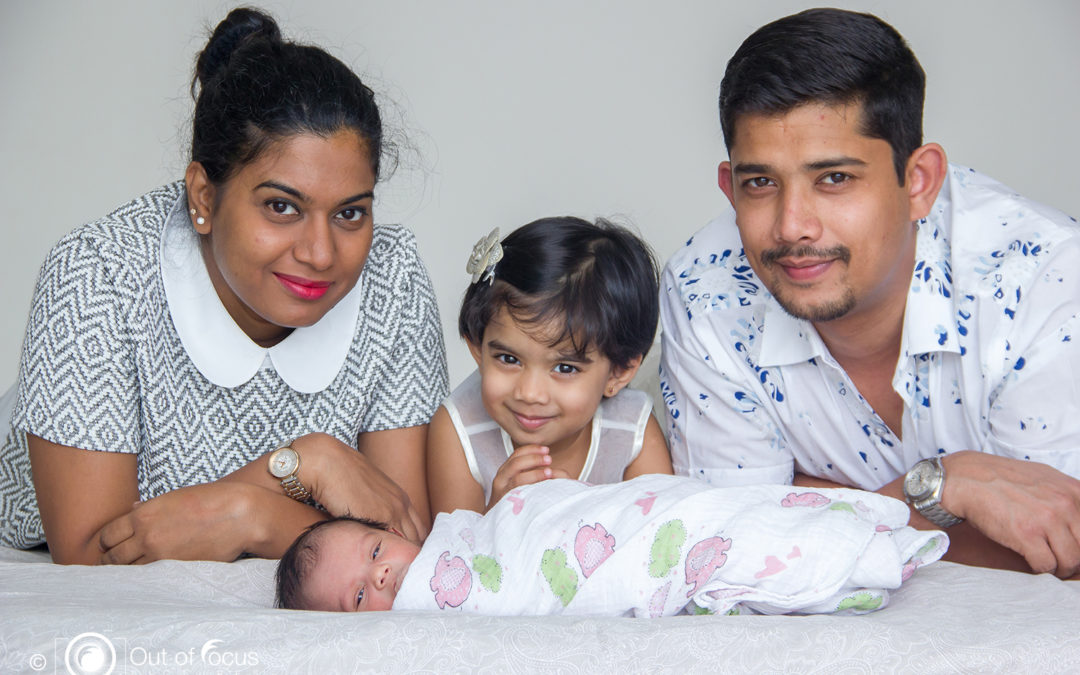 My Transcendental Birth Story
She decided, that a hospital birth wasn’t how she wanted to birth her second baby. Mom Ragavardhini, planned to birth her baby from the comfort of her home and in the warmth of water, and that’s what she did. On mother’s day, she shares her sublime birth story and her all-powerful birth experience!

The Motivation
After giving birth to my first daughter in a nursing home set up with my husband as my birth partner and a medical professional as the care provider, I was more empowered and confident for my second baby’s birth.

This time around, I managed my pregnancy by myself for most part of it since I have immense trust in my body’s ability to give birth to a baby. I knew that if something was wrong, I would feel it even before anyone has to tell me about it. This is truly possible for any one in tune with their mind and body.

Through my research, reading up and interactions with other women, I was well aware of what actually goes on in hospital managed pregnancies and birth, I wasn’t going to put my self in a vulnerable position by handing myself over to a medical doctor and hope like hell, it works. I took charge of my baby’s birth. In a time where a lot of women are looking to somehow get through pregnancy and birthing process, I decided to own it and enjoy it even more the second time and possibly the last time as well.

The Vision
My husband and I agreed on having our baby in the comfort of our home where our first one can be a part of the experience. Our birth plan was to give birth in water in a birthing pool like the first time around. And it would be a lotus birth where we won’t be cutting the umbilical cord and let it separate in its own time. We read about the post natal care for the placenta thoroughly and prepared for all the things required for the same. We also arranged for a gynaecologist to be present during the birth, incase we require any medical help. And a very dear friend of mine had presented me a birth photography session with an expert as a baby shower gift. A lady photography would be present on the D-day to capture the memories for us.

As per my first USG, my baby’s arrival was supposed to be in the first week of November and she arrived a day early. Unlike my first one who arrived 2 weeks after the estimated date. But of course every pregnancy is different and this time we had a new curve ball to deal with.

The Finale
On 7th Nov, I woke up knowing that this was going be the day since I had been unusually uncomfortable through the night. And rightly so, I had the birth show (mucus plug release) when I went to the bathroom. I messaged my doctor about it and she asked me to keep her informed. The intensity kept on building up slowly through the day. I kept informing the doctor and my birth photographer of the progress. I had nowhere else to be but they had to come to my place. I had my meals as normal, took my afternoon nap but couldn’t stay lying for long since the surges intensified and it was getting real. I timed my surges and they were 10 mins apart lasting a minute. Around 5 pm, my photographer reached us and started her set up. But by now my doctor stopped responding to my messages. I went into my room for meditation and started regulating my breathing. Lights were dimmed and soothing birth music playing in the background which was carefully pre-selected.

After another hour or so, I felt the strong urge to get close to water. But since the doctor went MIA (Missing-in-Action), I had to tell my husband when to fill up the birthing pool and start heating up the water. In the meanwhile I went and stood under the shower, the feel of water on my skin even though not very warm was soothing. I felt my amniotic sac pop while I was in there. I managed the surges for half an hour more in this manner. Waiting to hear back from the doctor but to no avail. By now we were beginning to realise she was probably not going to make it in time. There was no panic from me or my husband’s end.

I decided to get into the lukewarm water in the birthing tub for relief from the surges which were coming in every 2-3 mins and lasting for almost 2 mins. Although these are estimation since time has no meaning for a birthing mother. Now it was purely primal instincts at play. And it was raw beauty!

My birth photographer took a lot of candid pictures from aesthetically beautiful angles. We let our 3 yr old daughter get into the pool with me for a bit. She was well aware of what was going on. But I couldn’t handle her splashing around for too long so we got her out sooner than she would’ve liked to stay in.

My husband was still hopeful that the doctor might reach in time and I kept on delaying the birth breathing in the same hope. Although once I realised that we placed our trust in wrong hands, I did not want to waste one more minute waiting for her. Soon, I was in a zone where even the click of the camera was amplified. My husband requested that I be given some time on my own in the birthing room. When he returned after 10 mins or so to check on me, I announced that the baby is ready to come now. So in the dimmed room of our loving home, I birthed my second daughter, with my husband by my side.

After her head was out in the water, we checked for any loop of cord around her neck and once we were sure it wasn’t an issue, I breathed out rest of her body. Couple of seconds later I brought her out of the water and held her in my arms. Her eyes wide open and locked in mine. Dealing with toddler up until now, I had forgotten how tiny newborns are. My husband said hello to her and she made a small sound in response.

My firstborn met her new baby sister. My mother who was in the other part of the house, waiting like she was instructed, came in to meet her new grand daughter. There was no hurry for anything. After the initial greetings, my baby was ready to suckle. And what a latch-on it was. I could feel my uterus starting to contract again for birthing the placenta. It took about 15-20 mins for it to be complete. No cutting of cord was required. We managed the rest of the post birth care as we had prepared.

The useless doctor showed up an hour after the birth. There was no tear or birth injury so she might as well have not come at all. But obviously she was there to collect her fees. We were all a happy bunch at that moment and there was such serenity in the air that no one wanted to hear her excuse.

She kept talking mindlessly because she was nervous that she was so unimportant in a birth scenario, she the “doctor” who would be running the show had it been a hospital. She might have put her whole community at stake here. What if all women took charge of their childbirth? What a blasphemy that would be! What role will doctors play in natural birth? When this story gets out, what if it inspires more women to realise what a facade the hospitals put up around birth. What exploitation goes down in the name of birth care.

The Word
Any expectant mother who has a normal healthy pregnancy and does her homework on birth management doesn’t need a doctor for her baby’s birth. What she needs is a well trained doula, a professional midwife, her birthing partner who’ve been through the pregnancy with her, post natal care set up in place, definitely have a medical back up just in case of an emergency. Ten months is not just for the baby to grow and prepare to come into the outside world, it’s also time given to the mother to consciously prepare herself for the journey ahead. Birth done right, unmedicated and completely natural can transform a woman into a confident being, she’ll never look at herself in the same way again. She’ll demand dignity for the capacity she holds in the scheme of the cosmos. For one moment, she gets to feel what it is like to be the Creator, be one with the Adishakti, be a goddess herself.

It’s a pity that a lot of women get carried away with the societal brainwashing of the role hospitals and doctors have to play in every birth. And miss out on this Godlike experience. Barring fateful complications, every mother-to-be must give herself atleast the chance to birth right. For the sake of herself and for the sake of her child.

The Wisdom
We cannot always control how our story and our experiences go but if we mothers pledge to at least try and give a serene start of life to the future citizens of this planet, we might stand a chance of having a peace loving population.